Technician of the Year

Omaha’s Jennifer Penick became the first person to posthumously receive the prestigious Technician of the Year Award from the National Child Passenger Safety Board.

Penick, who helped launch Car Seat for the Littles in 2010, was committed to securing children safely in their seats – most notably and heroically her own 5-year-old daughter, who survived the same car crash that killed Penick and her husband, Adam, in last June. Their daughter, Unity, survived the head-on collision on Highway 50 near Schramm Road because she was properly harnessed in her car seat.

Family members accepted the award on Penick’s behalf during a ceremony March 30 at the Lifesavers Conference in the Kentucky International Convention Center.

“Our hearts go out to the Penick family,” said National Child Passenger Safety Board Chair Tammy Franks. “We hope they draw some comfort in the knowledge that, while Jennifer’s time here on this earth was way too short, she touched many lives. One of the greatest compliments you can give a educator, a person like Jennifer, is simply to say, ‘Thank you.’ So, we say, ‘Thank you, Jennifer.’ You made a difference.”

Additional details about Jennifer and her dedication to child passenger safety can be found in the Technician of the Year press release.

Instructor of the Year

In the Automotive Safety Program at the Indiana University School of Medicine (Department of Pediatrics), Mauricio Joya is known as the car seat man. In the child passenger safety world, he now goes by another nickname — Instructor of the Year.

Joya, the first Hispanic/Latino project manager for his organization, was bestowed that prestigious title by the National Child Passenger Safety Board during an awards ceremony March 30 at the Lifesavers Conference in the Kentucky International Convention Center. His commitment to keeping children safe and mentoring Child Passenger Safety Technicians is legendary, both close to home and through his volunteer work in Spanish-speaking countries.

“Great teachers like Mauricio don’t just teach new technicians the tricks of the trade, they prepare them for the real-world encounters they will have with parents and caregivers,” National Child Passenger Safety Board Chair Tammy Franks said. “Saying you appreciate their efforts serves as reminder you recognize their impact goes well beyond that of the classroom. That’s what we are doing today, appreciating Mauricio.”

Additional details about Mauricio and his dedication to child passenger safety can be found in the Instructor of the Year press release.

Team of the Year

Safe Kids Greater Houston was recognized March 30 as the “Team of the Year” by the National Child Passenger Safety Board during an awards ceremony at the Lifesavers Conference in the Kentucky International Convention Center.

Safe Kids Greater Houston was selected because of its unwavering commitment to child passenger safety. The coalition, which is affiliated with Texas Children’s Hospital and based out of Houston, conducts seat check events at 20 inspection sites that span five counties, one totaling nearly 2,000 square miles.

“The people on this team are special,” said National Child Passenger Safety Board Chair Tammy Franks. “Their willingness to go that extra mile in an effort to educate parents and caregivers on car seat safety is extraordinary. Their work prevents unnecessary injuries and saves countless lives.”

Additional details about Safe Kids Greater Houston and the team’s dedication to child passenger safety can be found in the Team of the Year press release.

CPS awards are presented by the National Child Passenger Safety Board. Our thanks to the 2019 awards sponsors: National Safety Council and Toyota. 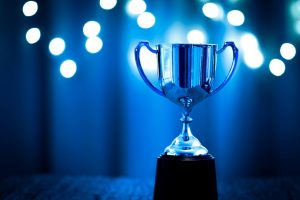